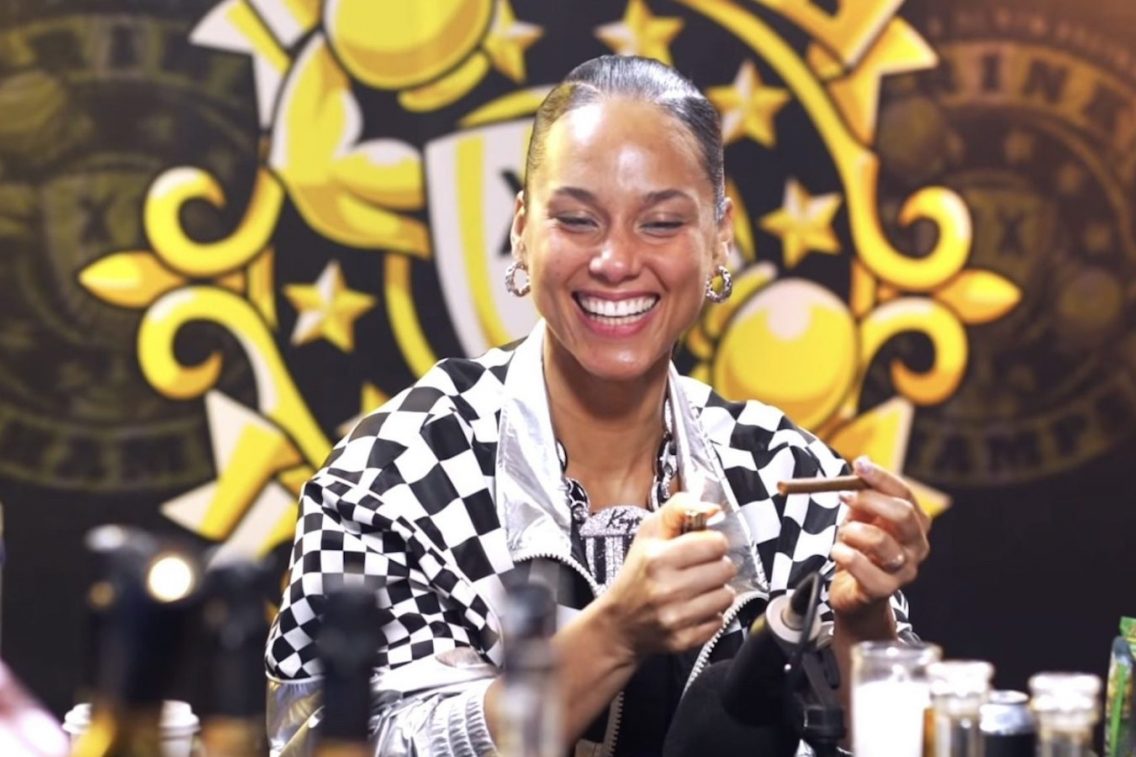 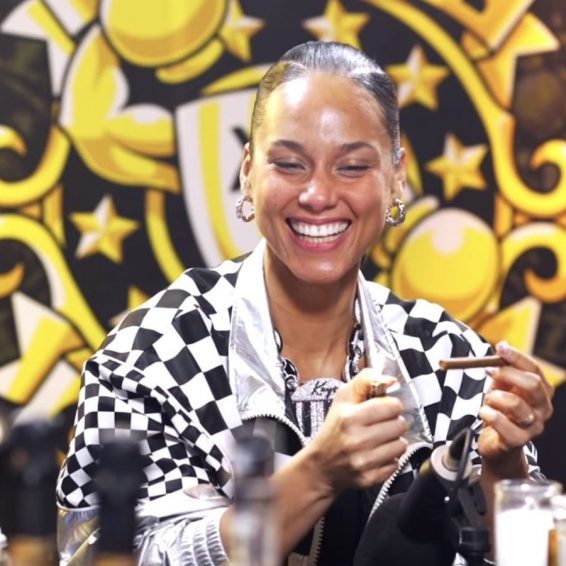 Alicia Keys shares what was Jay-Z’s reaction backstage to Lil Mama’s infamous stage crash and got social media ablaze by lighting up a blunt on ‘Drink Champs.’

Smoking for relaxation or just passing time is a recreation as old as time, and it is pretty much accepted in most circles. However, even in 2021, some may raise an eyebrow at that lifestyle choice. Thus some fans were surprised to see sweet, R&B legend Alicia Keys casually light a blunt on camera during a recent ‘Drink Champs‘ episode. Now, social media users have quickly referred to the show as ‘Smoke Champs’ and ‘Weed Weekend Champs.’

The publicized REVOLT series powered by hosts DJ EFN and N.O.R.E. is a popular platform for celebrity guests to let loose, let their hair down, have a drink or two, and forget that cameras are on and everything is being recorded for posterity. ‘Drink Champs‘ featured an array of different types of alcohol as well as smokeable offerings for guests to partake in, and hopefully, after whatever they’ve tried kicks in, they can be their authentic selves and just talk honestly about whatever they feel.

While wearing a black and white checkered jacket with her hair in a ponytail, Alicia Keys was observed vibing with the two male hosts as she sang snippets of her songs. Relaxed and willing to share, Keys touched on a range of topics, including artistes who have passed who she would especially have loved to have worked with. She subsequently listed Nina Simone, Marvin Gaye, and Kurt Cobain. “I love that question. It’s just like pure, and real and honest and you gonna get it right here,” she added.

The conversation on the show, however, for many, took a back seat as what went on during the cameras was more interesting because some viewers were shocked that she went as far as she did. She started off easy with a shot of some unidentified dark liquor but soon decided that while liquor may be quicker, weed was just her speed.

When the in-house folks realized that she was actually going to be lighting the blunt, they started cheering her along though the hosts themselves seemed surprised that she would be that open and receptive to the idea. After pulling a long and seemingly satisfying draw of the weed, the “Fallin” singer who sported the biggest grin on her face said, “Now I’m good.”

Not her first go-round on the cannabis carousel, Alicia Keys did it with practiced ease, which suggested that she was not only comfortable doing it but was an old pro at getting her buzz on. She also spoke about the incident 12 years ago when Lil Mamma crashed her 2009 MTV Video music performance of “Empire State of Mind.” Fellow artiste Jay-Z, she divulged, was not amused but she was so focussed on giving a stellar performance that she never noticed what was going on around her.

Jim Jones Says His Mother Showed Him How To French Kiss, Gets Toast On Twitter

“All I know we were on stage. In my head, I was just a gorilla at the time and I was like ‘this is what’s happening, I’m gonna destroy this record tonight.’ Somehow, however, she got over there but I didn’t bear witness to it. The whole time I was iced and so focused on making it amazing. I went backstage afterward and Jay was like so you didn’t see that and I was like ‘Yea we killed it! That’s what’s happened,” she explained.

Keys is not the only entertainer to indulge in weed on the show in recent weeks as “Donda” creator, and the ever-controversial rapper turned mogul Kanye West appeared on ‘Drink Champs’ in November and also decided to let loose and light up.